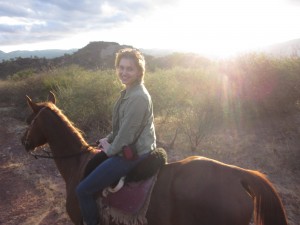 A trip to Condor Valley is not for the faint of heart. But if you like adventure and rugged landscape and gritty integrity it’s your place. We arrived late at night after following rutted roads for what seemed like hours. Plan a lot of extra time for your journey because the ranch is situated in a remote valley and there is neither electricity, signage nor cell phone access to reassure the night-time traveler. Nonetheless, we were greeted cheerfully by Martin who emerged out of the gloaming at the Colonial house to show us the way to our lodging. We stayed in the Guest House, which is quite charming and has a small lagoon out front. Beware the cantankerous goose! Again, bring your flashlights.

We were awakened by thundering hooves as the gauchos headed out to work the cattle. This was a thrilling sound for those of us planning a day on horseback. After breakfast in the Loft with Sylvana we were equipped with mounts and saddles, bug dope and hats, and we headed off on our adventure accompanied by Martin and his sons, Bruno and Dario. The three of them were perfect guides, entertaining, informative and reassuring. I needed the latter since I hadn’t ridden in some time and wasn’t sure I was up for the challenge. They were even chivalrous, assisting us by whacking branches with machetes, throwing rocks in the river for us to step on to insure our arrival at the mysterious destination.

I have to admit that if I’d known it was going to be an 8 hour ride, I probably wouldn’t have signed on, but I’m grateful for that glitch in communication, because it was well worth it. This ride proved to be the highlight of my entire trip to Argentina. 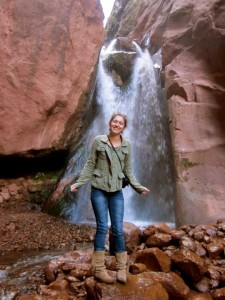 We passed through fields of crops along dusty roads, traversed brambled paths through dense forests, plunged down rocky river banks, cantered over rolling terrain and were rewarded with breathtaking views and a supreme sense of accomplishment. The sheepskin saddle cover saved our butts in ever way! We finally reached Condor Valley which featured a cascading waterfall and colorful canyon walls. Condors were wheeling overhead, teaching their young to fly on the updraft. The small beach was marked with fresh sign of wild boar. Sounds echoed in the eerie, exhilarating, confines of the canyon. We gobbled the delicious ham and cheese tart we’d brought in saddlebags and recharged for the return ride. Only the waning sunlight could convince me to leave this magical place. Thanks for the experience! 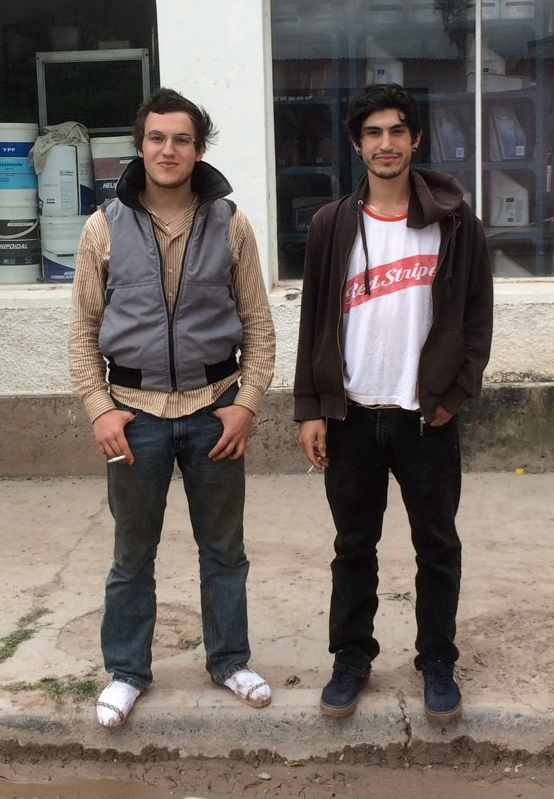 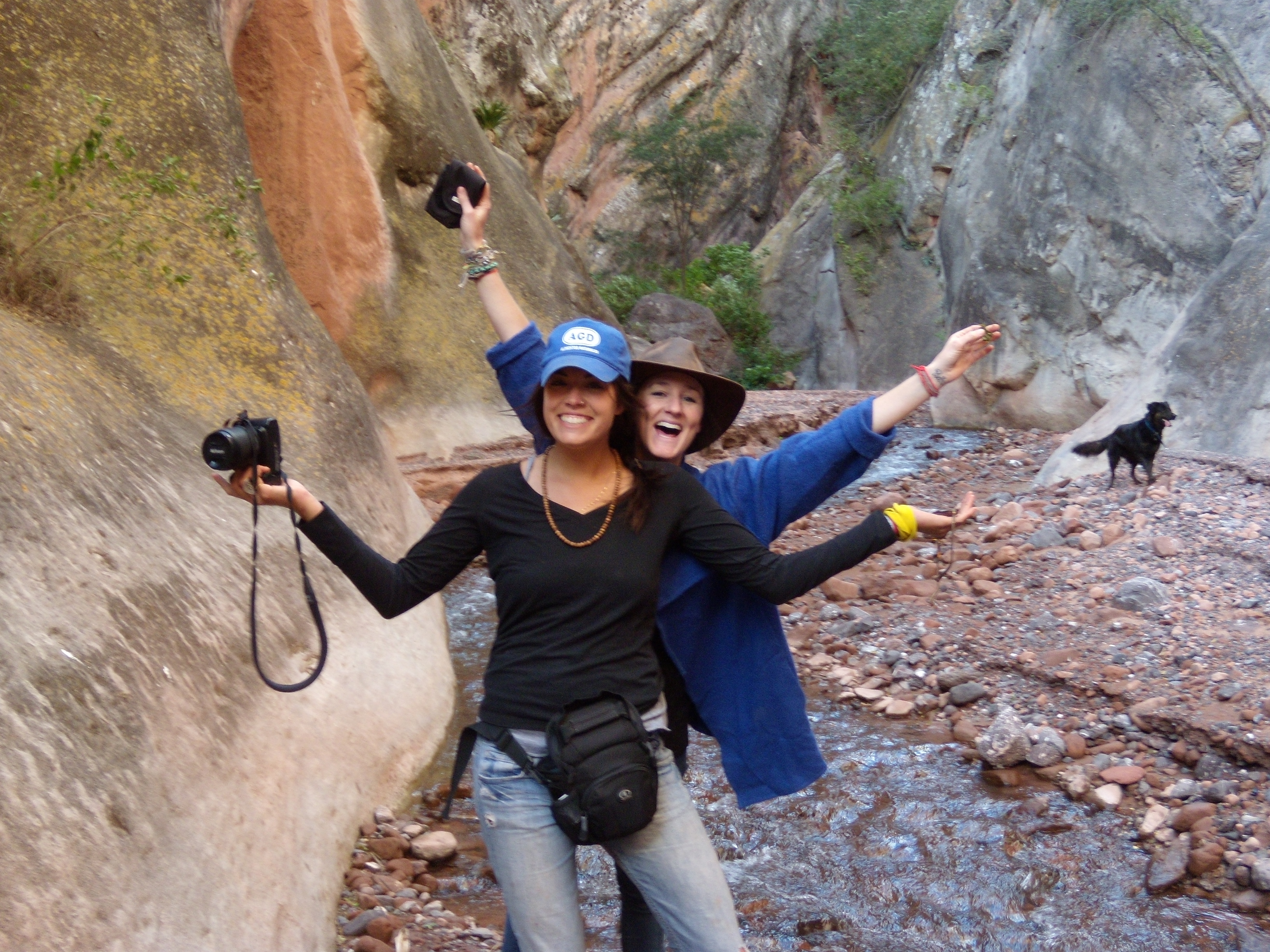