We are just at the beginning of re-introducing wines and experimental vineyards to La Bodega. The translation of “La Bodega” into English results in “The Winery” or more loosely “The Vineyard” or “Wine Shop.” Our neighboring estancia 10 kilometers to the south, La Bodeguita, translates into “The Little Winery” despite encompassing 2.5 times as much as our 70 square miles of land. 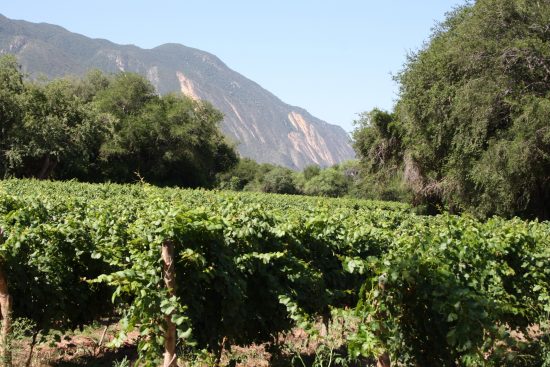 Martin and I sometimes joke that having purchased La Bodega is like buying the northern two-thirds of the Napa Valley in 1880. The big difference is that we are at 26 degrees south latitude, have six kilometers of a major river as a northern border and have elevation variations from just under 3000 feet to over 7000 feet on the eastern ridge called El Cuchillo, over 7500 feet on the southern peak called Cerro Sur, and over 10,000 feet on the western ridge that culminates in the domineering Mt. Creston.

One can still find a few very old vines dating from the mid-1900’s decorating the main house at La Bodeguita, but all the old vines at our ranch have long ago been torn out as the estancia evolved into a cattle ranch in the 1930s and 40s. Although we have yet to pin down the historical research, La Bodega became isolated from the provincial capital of Salta when the Juramento River was dammed to create the largest reservoir in NW Argentina…..Cabra Corral. We suppose that as transportation from the Cafayate Valley became better, and as the direct roads from La Bodega became inundated, our estancia became less practical as a vineyard and the Cafayate Valley became the focal point for wine production in the Northwest.

As far as we know, La Bodega was the biggest producer of table grapes and table wines for Salta right up through the 20s and 30s. It is easy to imagine that the estancia was a good place for grape production given the variety of microclimates, the easy access to water, the semi-arid, fertile land and the delightful afternoon wind that blows up from the Juramento River through the huge valley. As opposed to the very green and fertile Lerma Valley where Salta sits, Condor Valley is protected from some of the rains. 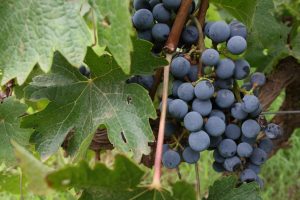 Come and taste for yourself the wines that generations of conquistadors, gauchos and adventurers have celebrated! Located in the “wine belt” (on the opposite geographical parallel of Napa Valley and the wineries of France and Italy) the wines of the Calchaquies Valley, in the Andean Northwest of Argentina, are one of the best-kept secrets of the world – about to be unleashed.

View Information and Itineraries & Book your self a stay!